Fastest at test in Barcelona

18/12/2016 Asnaes Denmark. The year is slowly coming to an end and the days have grown short and dark but for KEO Racing it marks only the beginning of the LMP3 project that has been in the making for some time now, and here the days are bright. The first drivers have been in the car, the first laps driven and the first progress has been made – progress that can be felt, that is! 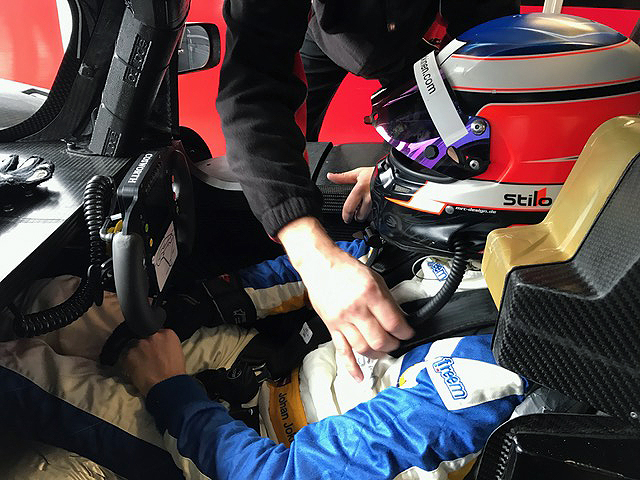 Upon a shakedown of the car on a wet Circuit de Magny-Cours back in ultimo October, KEO Racing has now had the first actual test days 13th and 14th of December at Circuit de Catalunya under clear skies and mild temperatures.

For the occasion Danish Supertourisme race-winner Martin V. Mortensen and former single-seater ace Johan Jokinen were to be found behind the wheel of the Ligier JSP3 – the former as new to both the track and the car, the latter as experienced and normally functioning as driver coach at KEO Racing for newcomers.

At both days of the test 7 established LMP3-teams were participating with a total of 10 LMP3-cars.

The first day of the test ran without any problems for KEO Racing as first priority was getting familiar with new routines and learning about the car. The driver-pairing enabled the team to improve the setup of the car and they did extremely well in proving that the baseline setup was working, posting the fastest laptimes of the day.

The promising start continued on the second day where only Johan was in the car. Overnight changes to the car proved solid as the morning session culminated in him lapping the Ligier JSP3 of KEO Racing in 1:42.64 – a lap time quicker than anybody else and 1.3 sec  quicker than the time set by an LMP3 during qualification for the VdeV-race back in March.

Thus it was a tremendously positive start to the Danish newcomer-team to the LMP3 class, where a longer working process in finding a proper setup was expected.

Certainly a lot of unexploited potential is yet to be unlocked from the car but an exceptionally well-functioning cooperation between engineer, mechanics and driver brought the car within range of what can be expected from it in a remarkably short amount of time.

KEO Racing can now welcome the winter-break with great motivation for the season to come before returning to the circuits again in February, at that time with final driver line-up expected to be in place.